Our history in WA

The history of Oral History Western Australia (OHWA) is entwined with that of the national organisation Oral History Australia (OHA). Both owe their early beginnings to the energy and enthusiasm of pioneering West Australian oral historian Jean Teasdale, a social worker turned historian who in 1975 was one of the first two full-time interviewers employed to work on the J S Battye Library’s Oral History Program. 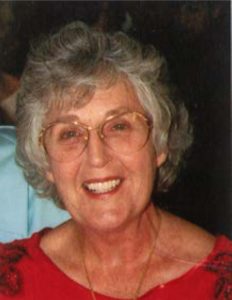 In 1975, however, after completing a Master of Arts (Preliminary) at UWA, Jean changed careers following her interest in history to the job as oral history interviewer with the West Australian Oral History Program, the first oral history program in a major Australian library. In that role she researched and recorded more than 60 interviews for the Battye Library.

Largely due to the efforts of Jean Teasdale, the Oral History Association of Australia held its inaugural meeting, on 26 July 1978 at the University of Western Australia and its first national conference and annual general meeting in August 1979 at the Mt. Lawley College of Advanced Education, Perth. Approximately 120 delegates attended the conference and all the states of Australia were represented.

There were 32 people in the first 1978-79 committee, among them Professor Geoffrey Bolton of Murdoch University, and Jean Teasdale herself, who was elected Organising Secretary.

The Oral History Association of Western Australia (now Oral History Western Australia) was established on 9 March 1980, the third state branch of the OHAA to be formed following South Australia and New South Wales. A meeting originally called for 23 July 1979 failed to attract enough people due to a severe electrical storm.

Note: This information on this page is based on the journal article ‘Long desperate hours at the typewriter: Establishing the Oral History Association of Australia’ by Beth Robertson which was originally published in the OHAA Journal in 2008 and republished in the OHA Journal in 2019. Please click on the button below to access the full journal article.

West Australians also played key roles in the early promotion of oral history as a methodology in Australia.

Recognising the potential of oral history, the Battye Library’s first librarian Mollie Lukis and her staff began recording interviews as early as 1961. This was the first oral history program at a major Australian library.

The cause for proper resourcing of the oral history program received critical backing during the State election campaign of 1974 when then Liberal Party leader Sir Charles Court proposed ‘the gathering of live history while the memories of those who are making it are still strong’. Sir Charles became Premier after winning the election and his government subsequently backed the program.